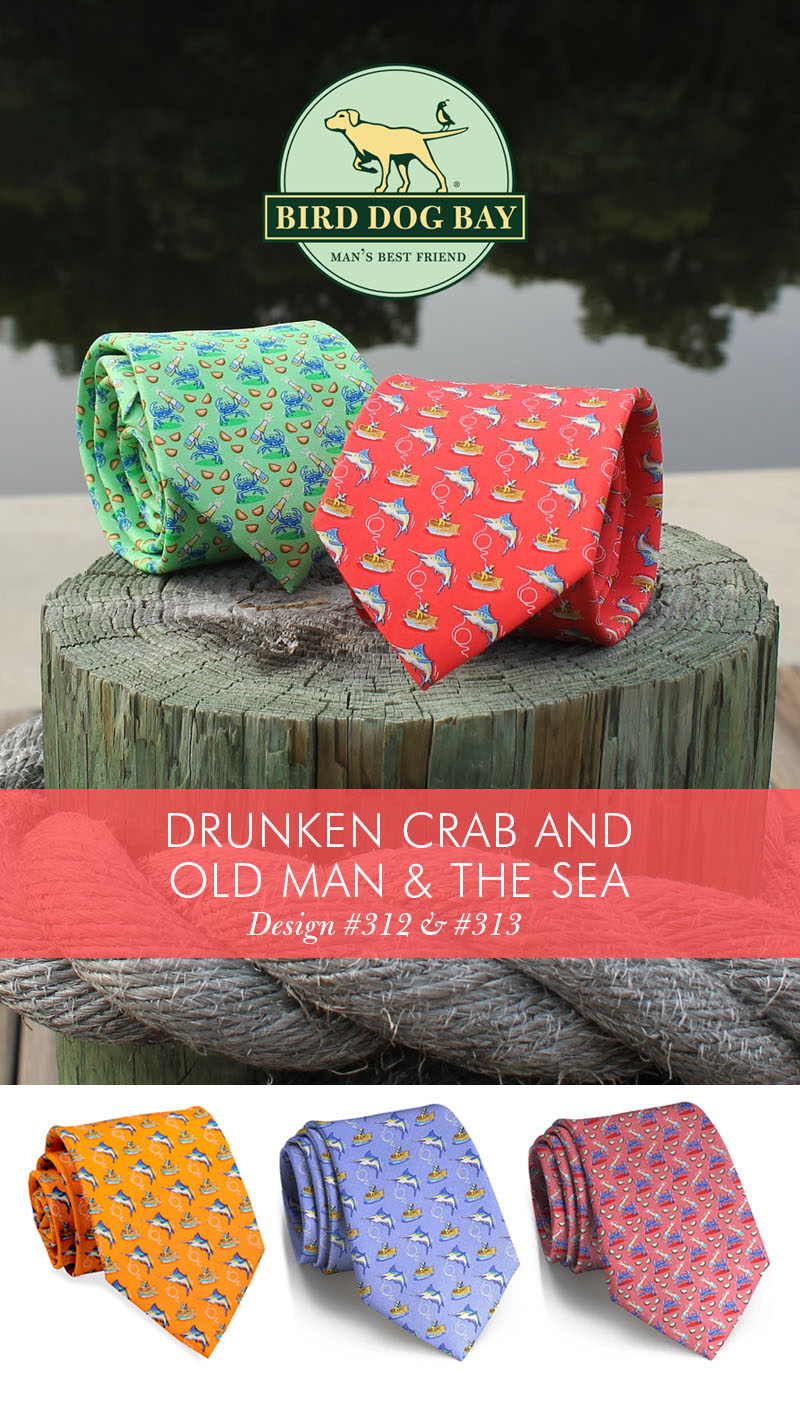 Nautical themes have always made up a large portion of our spring and summer collections. With dozens of wholesale accounts from the tip of Maine to the toe of Florida–not to mention hundreds of wonderful customers!–Steve is always looking to draw a new classic for our collection.

When looking at Steve’s illustrations, it’s clear that they’re the product of an involved process. Working to this day with the same drafting pencil he started with some twenty years ago, Steve aims to transpose his vision to paper and then to silk, crafting dozens of great new designs every season. Though Steve often nails it right off the bat, the two designs below are ones that took a bit more time to perfect.

The first, “Drunken Crab,” is actually the third variation of this theme. A nice repeating pattern, “Drunken Crab” features a cool crustacean throwing back a cold one, and last appeared in a previous form in 2013. While the design was popular, Steve thought he could do better, and was able to successfully reinvent the pattern. It’s active without being overwhelming, striking a perfect balance of appearing like a simple pattern at a distance before its true nature is seen up close. “Drunken Crab” is perfect for those who enjoy a bit of fun, and is the perfect choice for that summer cocktail party or wedding.

While “Drunken Crab” evolved over time, this season marks the inaugural release of our “Old Man and the Sea” tie, also seen above. Though it had been in his file for a number of years, “Old Man and the Sea” was finally perfected this year. Steve had worked hard to draw the motif and pay tribute to Hemingway’s famous work, yet discovered it to be a trickier venture than he originally thought. Between balancing the marlin and boat and fitting all the subtle details in, it took a number of silk screens to get to where he needed to be. When the dust settled, however, Steve nailed it on this one: a great step and repeat, showcasing the sophisticated whimsy for which we’re known.