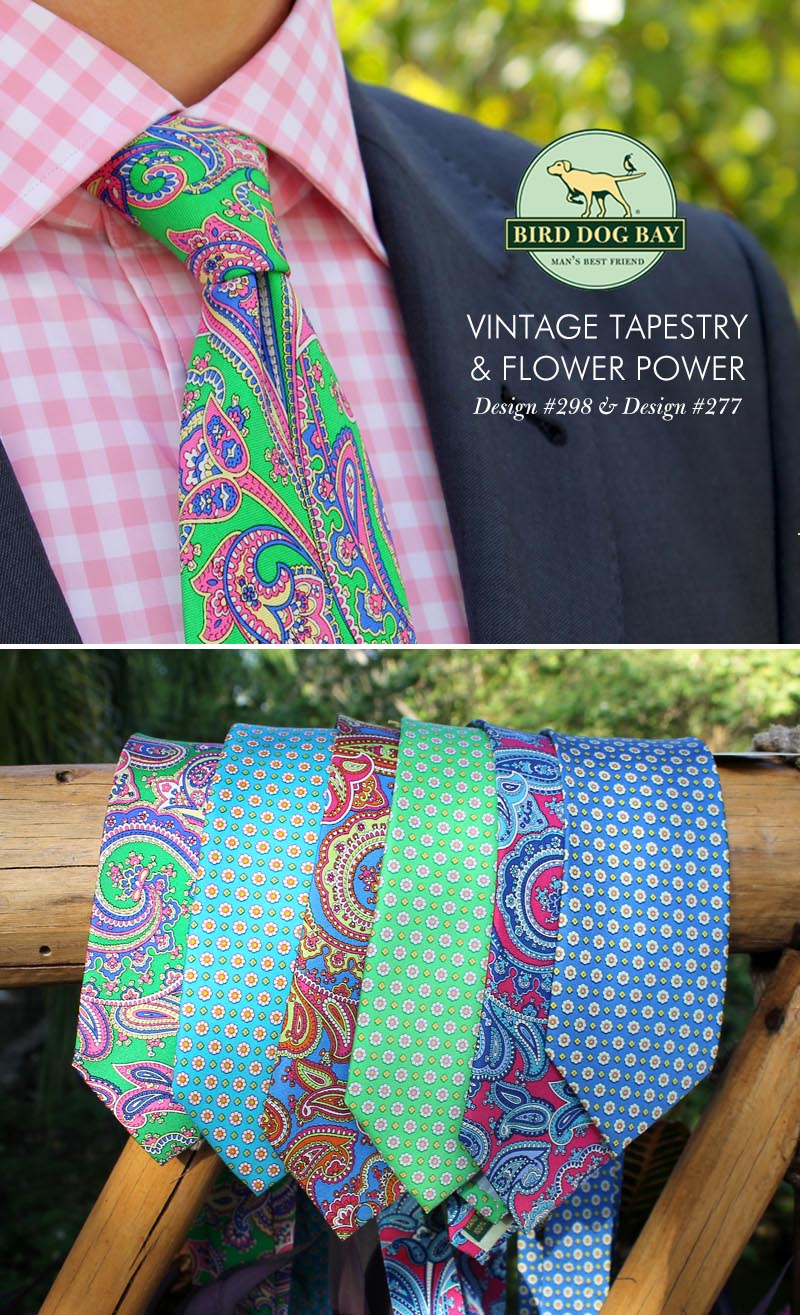 While Steve is best known for his whimsical illustrations, he is  continuously asked to create more traditional patterns. Even with this more conservative look, Steve relishes these opportunities to design, and his creations include a circular pattern inspired by magician’s rings, a stellar geometric pattern, and a colorful floral pattern that has evolved into “Flower Power”. Originally, inspired by Steve’s overgrown front garden, the first offering was named “Daisy Days”. At this time, his neighbor was growing hops in his front garden and went on to co-found our favorite Chicago mirco-brewery whose best-selling beer also has daisy in it’s name. But that is the beginning of the story behind “Hoppy Hour”, which we’ll save for another time. Nevertheless, “Flower Power” has grown into one of our top “traditional” ties and best sellers for spring and summer wedding parties. “Vintage Tapestry” came about more recently, with more and more of our customers asking for something that could be worn that doesn’t raise eyebrows but does raise interest.

Drawing inspiration from his Grandpa’s collection of wide, colorful designs from the late 60’s as well as his collection of old Persian style rugs, Steve came us with this gem. It’s bold, fluid look lends itself to the funkier side, while transitioning seamlessly from the office to the cocktail party. Now in his 10th year of designs, Steve’s drawn hundreds of different illustrations and patterns, from dogs to Datsuns, diagonals to dodo birds. So dig in, there’s something for everyone! Happy Shopping!